We are here for you when it matters most. ​

The Minister for Immigration has the power to personally intervene in your matter when it is in the public interest to do so.

For the Minister to consider your matter, you must have had your matter reviewed by the Administrative Appeals Tribunal (Tribunal) and there is no visa avenue available to you.

The Minister has the power and discretion to substitute a more favourable decision to that of the decision of the Tribunal.

​​There are two types of Ministerial Intervention applications:

There are guidelines that the Minister has issued which sets out what may be considered unique or exceptional circumstances for a Ministerial Intervention application.

Example*
Paul came to Australia with his parents when he was 12 years old from New Zealand.
When he was 19, Paul married Mary, an Australian citizen and they have 3 children and they live in Sydney.
Paul is now 28 years old, he has never been back to New Zealand and he now considers himself Australian with Australian children.
Paul is found guilty of an offence and he is sentenced to 1 year in prison.
Paul receives notification from the Department that his visa has been cancelled and that upon release from prison he will be sent to Immigration Detention before being deported from Australia back to New Zealand. Whilst serving his sentence in prison, Paul lodges a partner visa application. Shortly after lodging the application, Mary informs Paul that she is leaving him. The partner visa application is refused, Paul appeals the refusal decision to the Tribunal and the Tribunal uphold the refusal decision.
Paul contacts Visa & Citizenship Lawyers. We subsequently lodge a Ministerial Intervention Application for Paul and set out submission arguing unique and exception circumstances as per the policy guidelines.
The Minister decides to consider Paul’s application and based on the detailed evidence that was submitted, Paul is granted a visa to remain in Australia after he is released from prison.
* (Names and facts have been changed to protect the identity of clients) 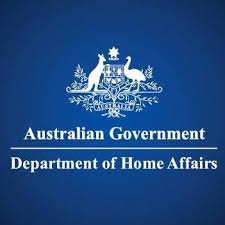